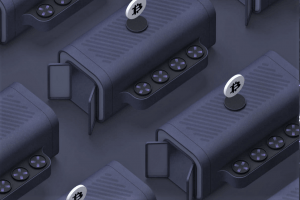 Bitcoin (BTC) is proving to be not only a monetary technology, as entrepreneurs find new applications in an increasing number of areas. This week, Brandon Arvanaghi, Layer1 Technologies Chief Security Officer (CSO), explained how Bitcoin is used to stabilize electrical grids that heavily rely on renewable energy sources, while Microsoft went live with a beta version of ION, Bitcoin-based decentralized identity tool.

Layer1 is a major US-based Bitcoin mining and energy infrastructure firm that builds proprietary demand-response Bitcoin batteries that can help cities to meet their energy demand during peak times. As the company’s CSO Brandon Arvanaghi puts it, their Bitcoin-based product is akin to a “virtual power plant.”

We at @LAYER1OFFICIAL are building a virtual power plant.

The technology making this possible: #Bitcoin as a battery.

Here’s how our “Bitcoin Batteries” work, and how they help stabilize electrical grids. 👇 pic.twitter.com/ba5ksixbcI

Relying on renewable energy sources results in unpredictable electricity supply, and the electrical grid must balance electricity supply with demand or risk of experiencing shortages. Storing energy surpluses in traditional electrochemical batteries tends to be too expensive, and burning fossil fuels to compensate for the difference defeats the purpose of adopting renewables.

Another way to stabilize the renewables-based grid is by curtailing the demand, meaning that during shortages, power companies can pay Bitcoin miners to power down. Since Bitcoin mining has no clients, no requirement for uptime and miners can be shut down in batches, Layer1’s Bitcoin mining “batteries” can be used as a “demand-response” alternative for providing precise wattage the grid needs during shortages.

This loop, predicated on Bitcoin being money, is how we can build a virtual power plant.

Our Bitcoin mining containers (batteries) can sell electricity back to the grid — enough to power cities — instantly, and without burning a single non-renewable.https://t.co/1jevU8EyYH

As such, “Bitcoin Batteries” are not batteries in the traditional sense, but can be useful in practice. Layer1’s miners have already been deployed in Texas last month.

“We are the first company to perfectly align the economic incentives of large-scale energy consumption for high-performance computing, such as Bitcoin mining or cloud computing, and the need for grid stabilization by energy market regulators,” said Alexander Liegl, Co-founder and CEO of Layer1. As reported, the company also plans to amass 25% of the Bitcoin hash rate by 2021 in just their Texas facility alone.

If Layer1 is right, Bitcoin mining might become a critical part of global energy infrastructure, as the use of renewables continues to grow worldwide.

Another potential non-monetary Bitcoin network use case is digital identity solutions, which can facilitate interactions between millions of people and organizations in a secure, decentralized, and interoperable manner, according to Microsoft.

On June 10, the company has finally announced the public beta launch of its ION digital identity network, which is meant to enable user-controlled authentication for independent companies and services. Initially announced over a year ago, the layer 2 network uses the Bitcoin blockchain for embedding and retrieving operation data via the IPFS protocol. 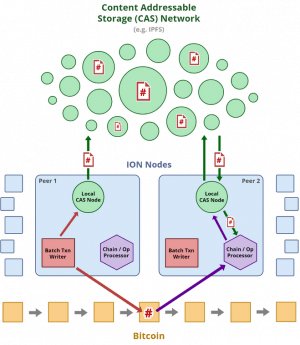 “ION is an open, public, permissionless ‘Layer 2’ network built on open-source code that anyone can review, run, and contribute to,“ said Microsoft’s Director of Identity Standards Pamela Dingle.

As a public, open, and permissionless network, ION does not rely on privileged validators and trusted authorities – anyone can run a node to participate in the network. The project’s collaborators who are operating ION nodes include well-known crypto companies such as crypto exchange Gemini, payment processor BitPay, Bitcoin security firm Casa, and Lightning Network payments app Fold.

“From the very start, ION has been developed as a decentralized network designed to operate independently of centralized parties and trusted intermediaries, including Microsoft.”
___
Learn more:
Mine Crypto Using Brain Waves? Microsoft Thinks You Can
Bitcoin Mass Adoption Would Benefit and Harm Current Economy
How Blockchain Will Help Send People Into Space