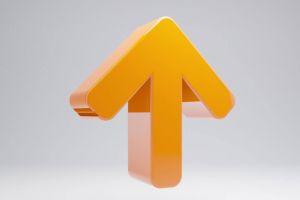 On Monday, OKChain testnet and OKEx DEX have gone live, followed by a major jump in the price of OKB, the native token of major crypto exchange OKEx, of more than 30%.

As reported late last year, Malta-based OKEx said it aims to launch the testnet for its proprietary blockchain, OKChain, in early 2020, as well its own non-custodial exchange, OKDex. Today, both are live, says the exchange.

What the testnet enables users to do is to issue their own cryptocurrency on the public chain, and /or build their own exchange, adding assets and trading pairs as they will. The native OKB and USDK will also migrate to OKChain.

OKChain is described as a step on the path towards a borderless ecosystem accomplished through a decentralized and open public chain that would give participating nodes the same power to run and issue decentralized apps freely. It will support the distribution of DeFi (decentralized finance) applications, smart contracts, and Bitcoin (BTC) cross-chain.

Per the announcement, OKChain features include:

OKEx DEx, a “decentralized application” based on OKChain, is also live now, supporting real-time settlement in a trustless manner. Users have complete control over their assets, says OKEx, profits are settled daily to users’ account, and trading records are transparent on chain.

The OKChain testnet launch will also see a total of 700 million unissued OKB burned, so that “OKB will enter absolute deflation and become the world’s first fully circulated platform token.” No OKB will be retained, while the OKB ERC-20 smart contract code for creating new ones will be destroyed, says the exchange. OKB 14 million from the initial circulation of OKB 300 million have been burnt already.