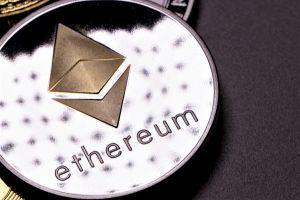 After reporting that an alleged Ponzi scheme may still dump at least USD 243 million worth of crypto on the market, their Ethereum (ETH) seems to be on the move.

China-based PlusToken, deemed a scam by local and foreign media, as well as the crypto community at large, seems to have moved ETH 789,525 (c. USD 100 million) to an unknown wallet. Crypto tracking Twitter account Whale Alert posted that on December 19 at 00:51 UTC, that amount was transferred from the address with a warning that it’s been connected to the “Plus Token’s Ponzi scam.”

The address shows that the funds were coming in for several days up until 44 days ago, mostly from this address , then another transfer to PlusToken’s wallet happened 28 days ago. The transactions stopped until today, when first ETH 10 was transferred out, then two minutes later ETH 789.524 to the address which is now marked as “Plus Token Ponzi 2” as it received the funds from the first one. Plus Token Ponzi 2 has only three transactions – the two we’ve mentioned and one more made some 25 minutes later, of ETH 0.01 from yet another unknown address, which itself today had two transactions and hasn’t been active for 838 days before that. Two minutes before sending that ETH 0.01 to Plus Token Ponzi 2, it received ETH 0.0312.

We’ve written just two days ago about the report by Chainalysis, a U.S.-based blockchain analysis company, which claims that cashouts by “one of the largest Ponzi schemes ever,” PlusToken, are one of many potential influences on bitcoin’s price. They claim, however, that there are still at least BTC 20,000 and ETH 790,000 that can be dumped on the market.

The Cryptoverse was quick to share this latest transaction and comment on it. Su Zhu, CEO of Singapore-based investment management firm Three Arrows Capital, noted that the transfer occurred at 8:51 am Beijing time and said: “Imagine if they throw this into ETH2 Phase0 staking. Perpetual endowment yield.”

In the meantime, Matthew Graham, CEO of the advisory company Sino Global Capital, posted a video explaining the transactions, allegedly made by PlusToken or somebody from PlusToken, or “people affiliated but not really part of the original team.” Zhu also commented on this video, saying: “The PlusToken scammers’ social media account in China now claims credit for the movement.”

No translation is available yet, but a commenter writes that the speaker describes the transfer, “frames it as “good news” and “moving house” but doesn’t really give a particular reason.”

“If BTC starts getting above [USD 7,400 or USD 7,600] then structurally this looks a whole lot more attractive. I would view the PlusToken selling (narrative or actual impact) as a nice opportunity for buying if that condition happens,” writes trader and analyst Luke Martin (aka Venture Coinist), wondering if PlusToken is moving the ETH for a long-term hold or eventual sale. Other people are asking too if they might be planning to sell it.

Bitcoin (BTC) Above $7,500 Would Make Case for Larger Rally Why This Billionaire Says Bitcoin Will Surge To $250k After The Halving By ...
Scroll to top