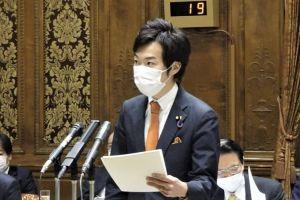 A Japanese lawmaker has challenged the government on its crypto tax rate policy, claiming that the current rate of taxation on crypto-related profits is “too high” – claiming that “investors are moving their money overseas” rather than pay Japanese taxes.

Per a report from media outlet Coin Post, the challenge came from Shun Otokita of the Japan Innovation Party, the third most-represented party in the House of Councillors.

Aso stated that before making a decision on reducing crypto tax rates, the government would first need to conduct “research” to asses exactly how many investors were taking their money overseas – if indeed, this is the case.

However, Aso added that the nature of blockchain technology meant that it would likely be very difficult to collect accurate data on the flow of cryptocurrency out of Japan.

Otokita, however, stated that the government could refer to research conducted by the Japan Crypto-assets Business Association (JCBA) and other organizations, which have previously made similar claims about outflows of cryptocurrency from Japan to overseas destinations.

Otokita also called on the Japanese government to make use of private-sector data as a reference in order to address the bottleneck.

The politician, aged 36, is one of the youngest members of the house, and was elected to represent the Kita ward of Tokyo in a by-election in March last year. He has been an active campaigner for crypto tax reform, and in December 2019 launched a campaign to promote crypto tax revisions via a popular online platform app named PoliPoli – which lets citizens share their views with policy-makers.