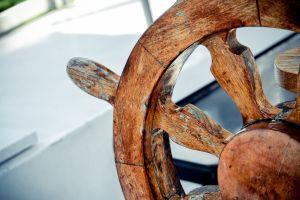 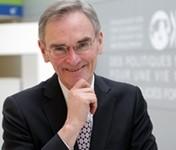 Greg Medcraft is the Director of the Directorate for Financial and Enterprise Affairs of the Organisation for Economic Co-operation and Development (OECD).
______

The past twelve months have served to illustrate the rate at which blockchain and other distributed ledgers technologies (DLTs) are maturing and integrating into mainstream financial products and market infrastructures. The decentralized systems set up by a multitude of banks, insurers and major exchanges are fast moving from experimental to operational.

Few shifts have been more significant than the development and expanding adoption of stablecoins (a name, it must be said, which does not accurately represent these assets), from advances in Fnality’s Utility Settlement Coin and launch of JPMorgan’s JPM Coin at the wholesale level, to the new Facebook’s Libra proposal at the retail level. For several years the OECD’s research has highlighted the need for digitally native currency to truly unlock the promise of blockchain and DLT to drive efficiency, speed and cost savings in finance – including, as the Libra model underlined, the urgent need to bring down cost and time of international transfers. In this sense, the emergence of stablecoins is a turning point, enabling a new wave of tokenization, adding liquidity to markets and creating new asset classes.

The pace of change has challenged existing public and private institutions alike. From policymakers’ perspective, concerns over consumer welfare, financial stability, impacts on monetary policy, competition issues, and the potential for regulatory arbitrage prompted the kinds of reservations that led the US Congressional Financial Services Committee to request a halt to Libra’s development. French Finance Minister Bruno Le Maire declared “the monetary sovereignty of states is under threat” at the OECD’s annual Global Blockchain Policy Forum in September.

These concerns are legitimate. Yet at the same time, governments must recognize that, if risks are appropriately managed, innovation’s creative destruction ultimately leads to better outcomes for citizens, consumers and businesses.

The rapid development of blockchain and DLT demands close engagement between policymakers and industry, so that regulatory responses are developed with a full understanding of the technology and how it interacts with policy goals.

It also demands international cooperation between governments, because many decentralized financial products are global by their very nature. Regulators will need to clarify cross-border regulatory frameworks and explore cooperative oversight arrangements and information sharing between jurisdictions. A common policy approach will also be important to give business the regulatory certainty it needs to innovate and operate on an international scale.

Public institutions are responding, and 2020 will be an important year in shaping the policy environment for DLT. Major central banks are edging towards the development of their own digital currencies to meet demand and overcome barriers to cross-border payments – some, including the People’s Bank of China, are reportedly well progressed.

Central bank digital currencies will only accelerate tokenization and the development of decentralized financial products mentioned above.

Industry’s voice is critical, and we look forward to continuing to work with Global Digital Finance and others to ensure we get these efforts right.
______

This article first appeared in the annual report of Global Digital Finance.

Coronavirus Outbreak And its Implications for Protocol-based Governance
Bitcoin Is Better Than Ethereum At These Four Things
Consider These Legal Questions Before Spending Millions on NFTs
Is Bitcoin New Ethereum Killer?
Near-Zero Interest Rates & Resurgent Inflation Are Here to Stay, What to Do?
A Wave of Giants Rushing to Invest in Bitcoin Could Derail the Stock Market
Governments Can't Cancel Pandemic Debt By Printing More Money
Coronavirus: How Blockchain, AI, And 3D Printing Can Help Solve Supply Crisis
0 replies

Ethereum Likely Gearing For Strong Surge Above $250: Rally Isn’t Over Yet A Key Indicator Shows the Bitcoin Bear Market Ended Just Days Ago
Scroll to top