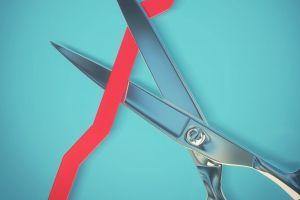 It seems that Mordor Intelligence, a market research company, downgraded its hardware wallet market growth forecast, while the market is still expected to grow more than 4 times its current size and reach USD 708 million by 2025.

The numbers are smaller all across the board. The hardware market was valued at 28% less in 2019 than in 2017. The predicted CAGR is 12% smaller, while the most prominent difference is that in the expected value: from USD 1.6 billion until 2023 to USD 708.37 million until 2025, which is 56% drop, in addition to two years more in the forecast period.

Also, last year’s report said that by 2023, USB type of hardware wallet is expected to hold the highest market share by type and to reach a value of USD 1.31 billion.

Mordor Intelligence did not respond to our request for comment.

Meanwhile, regarding the competition within the market, the report says that it is moderately fragmented and that it consists of several global and regional players, with the key players including Ledger SAS, the manufacturer of the Ledger wallet, and SatoshiLabs SRO (Trezor). It poses low barriers to entry for new players, so several newcomers have managed to gain traction by offering products that have many features at competitive prices.

“The market studied is characterized by increasing levels of product penetration, moderate/high product differentiation, and high levels of competition,” the report claims, adding that the concentration ratio “is expected to record robust growth over the forecast period,” partly thanks “to the lucrative opportunity in the market with high profits.”

Meanwhile, as reported, major research and advisory company Gartner said that both hardware and software wallets have reached their peaks of inflated expectations and are about to enter the ‘Trough of Disillusionment,’ but that the future seems bright.

On the other hand, market research company P&S Intelligence said in their recent report that the global blockchain devices market share was valued at USD 300 million in 2019 and that it’s expected to reach USD 23.5 billion by 2030, at a CAGR of 48.7% during the forecast period (2020–2030). This is a 7,733% rise. This report states, however, that crypto hardware wallets held the largest market share in 2019, but that crypto automated teller machines (ATMs) are expected to register fastest growth rate of 55% during the forecast period.

Meanwhile, we also reported back in September that market research firm MarketsandMarkets believed at the time that we are in for a blockchain device boom, finding that the blockchain devices market is expected to grow from USD 218 million in 2019 to USD 1.285 billion by 2024 (a 498.4% rise), at a CAGR of 42.5% in this time period.

Lastly, check out how to store crypto safely, how to turn your old smartphone into an Ethereum Hardware wallet, these six alternative hardware wallets, and also Andreas M. Antonopoulos, a technologist, serial entrepreneur, and well-known Bitcoin evangelist, discussing whether hardware wallets are safe enough.