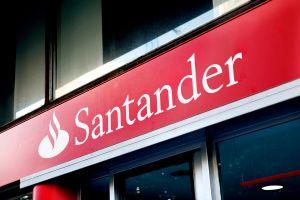 A number of major Spanish banks including Santander and BBVA are testing blockchain-powered payment solutions, with a view to developing banking applications. Per media outlet Noticas Bancarias, the banks are testing the inter-bank Smart Payments platform in conjunction with Iberpay and Grant Thornton. The group of banks, which also comprises CaixaBank and Banco Sabadell, is keen to test the platform’s efficiency, traceability, integrity and compliance performance.

A South Korean blockchain-powered, electric vehicle (EV) battery management platform is now “ready to go,” say its operators. According to Jejuei Sori, the project – which is the brainchild of LG’s LG CNS subsidiary and blockchain-keen authorities on the semi-autonomous island of Jeju – will work in conjunction with battery and EV companies in the region.

South Korean blockchain firm Terra says it will launch South East Asian business operations and has made a key appointment as it prepares to debut a Singapore base. The company operates the Chai payments network, and has built up a large group of heavy-hitting South Korean partners. In a press release shared with Cryptonews.com, the company said it had appointed Rahul Abrol, the former APAC Head of Strategy at Uber, as its Singapore-based leader. Terra is planning a Chai rollout in Singapore in 2020, and also wants to “expand” to regions “like Taiwan and Thailand” in the year ahead.

Major professional services firm EY released the third-generation zero-knowledge proof (ZKP) blockchain technology to the public domain on the Ethereum public blockchain. EY says that thanks to the improvements of the ZKP blockchain technology, transaction costs are significantly reduced through batching multiple private transfers together in a single transaction, and with that, private transactions on public blockchains will be more scalable. Up to 20 transactions can be done at once, and the cost per transaction is cut to around USD 0.05. This represents a 400-fold improvement (at constant transaction pricing) over the initial EY prototype unveiled in October 2018, says the firm.

UK Sotheby’s International Realty, an affiliate of a global estate agency network specializing in residential sales, lettings, development sales, investment and international sales, and Smartlands, a digital securities platform, have signed a cooperation agreement to collaborate in a series of experimental projects in the field of tokenization of luxury real estate and have announced their first project. The pilot project will be a newly-built duplex apartment at Lillie Sq., near the Hyde Park in London.

South Korea’s Coinplug will close down its CPDAX cryptocurrency exchange platform, citing “low volumes” as one of its reasons. The move may come as a surprise to some, after the operator announced it had raised some USD 6.4 million in a recent investment round. The company has been on the up, with its blockchain-powered ID solutions winning major backing. However, per Fn News, Coinplug said that users were keeping very low amounts of holdings on the CPDAX platform. It added that 2019 had been a “difficult year” for CPDAX, which currently lists 19 tokens.

DeversiFi, a decentralized exchange, is launching necDAO, a Decentralized Autonomous Organization, to enable Nectar (NEC) holders with Reputation to govern the use of funds, with the aim of serving the DeversiFi and Nectar ecosystems, the exchange said in an emailed announcement. The Bootstrap Phase has begun and will last 30 days and it’s the first Reputation claiming period, after which governance will begin, a necDAO blog post says.

Paxful, a peer-to-peer Bitcoin (BTC) marketplace, said that the trading volume on their platform has tripled this year and reached USD 1.6 billion. Also, they have seen 1 million wallets added in the past year, and now they have more than 3 million wallets registered on the platform.

Venezuela’s state cryptocurrency regulator Sunacrip has issued crypto exchange rules for platforms trading in Petro and other tokens via a state-run payments platform. Per Diario Bitcoin, Sunacrip says that exchanges wishing to make use of the Caracas-run Patria platform will have to pay the regulator commission fees of 2%.

The Securities and Exchange Commission (SEC) settled charges against blockchain technology company Blockchain of Things Inc. (BCOT) for conducting an unregistered initial coin offering (ICO) of digital tokens, starting in December 2017 and raising nearly USD 13 million, after the Commission had warned that ICOs can be securities offerings. Per the SEC’s order, BCOT did not register its ICO, nor did it qualify for an exemption from the registration, and it sold its digital tokens to U.S. investors and engaged four “resellers” to serve as the exclusive sellers of BCOT’s digital tokens in certain foreign countries without restrictions on resale of those tokens to U.S. investors. BCOT will have to stop committing or causing any violations of the registration provisions of the federal securities laws, pay a USD 250,000 penalty, return funds to those investors who purchased tokens in the ICO and request a return of the funds, register its tokens as securities and file required periodic reports with the Commission. BCOT consented to the order without admitting or denying the findings, the SEC says.