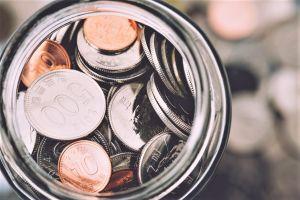 South Korea is inching closer to crypto tax legislation after a gathering of bankers, politicians and blockchain industry officials appeared to reach a consensus at a meeting held at the country’s parliament in Seoul.

Per Jose Ilbo, the event was co-chaired by the Korea Blockchain Association, one of the country’s largest associations of cryptocurrency and blockchain firms.

It was also sponsored by the Global Finance Society, a collective that includes many of the nation’s top banks, insurance providers and building societies. Leading politician Choi Woon-yeol, a vocal advocate for crypto legislation and an MP for the ruling Democratic Party was another co-sponsor.

Speakers at the event appeared to voice unilateral support for a recent recommendation from a parliamentary committee, which voted in favor of imposing FATF regulations on the country’s crypto exchanges. They also responded to comment from a presidential agency that earlier this year, suggested taxing cryptocurrency profits under existing income tax legislation. The agency mentioned a flat rate of 20%.

A number of prominent South Korean blockchain business leaders have voiced their support for the committee’s decision, which they say would help provide the basis of a legal framework for their industry. The proposal, and crypto-related tax reforms, could be debated at the upcoming parliamentary spring session, although it may take between six months and a year before the law becomes effective.

Speakers at the event said that tax authorities in countries such as Japan, the UK and the United States all taxed cryptocurrencies – and suggested that Seoul hurry to follow their example.

The same committee proposal also included a number of other proposed measures that would boost the policing of crypto exchanges – forcing them to obtain operating licenses from a financial regulator.

Choi urged the government to push ahead with income tax-related plans, which could provide a more accurate reflection of actual earnings.

Alternatives have also been floated, however, and Seoul is thought to remain keen on the idea of imposing a flat rate on all crypto earnings, to be filed under “other or miscellaneous income” in tax returns.