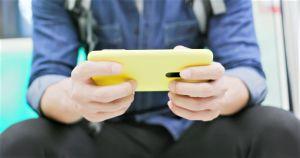 Per Sports Kyunghan, the two titles will be named Bird Tornado for WEMIX and Aqua for WEMIX.

The company says that Bird Tornado will use the same tornado in-game cryptocurrency as Cryptornado for WEMIX, another title the company announced in the latter months of 2019.

Cryptornado promotions began last month, with giveaways of both WEMIX’s own cryptocurrency and Klay tokens – the native coins of the Kakao-developed Klaytn platform. WeMade Tree is a member of the Klaytn network’s governance council.

WeMade says the newest titles will both roll out this year – with one coming in the next few months, and the second to appear in the second half of 2020.

WeMade has firmly thrown its lot in with blockchain gaming. Its WEMIX platform already comprises a crypto wallet, a token exchange, an item trading platform and a gateway to its games.

The company made a name for itself with conventional gaming titles such as the Legend of Mir MMORPGs, series, a massive hit in China and a title it says has logged some 500 million players.

Rival blockchain gaming platform SuperTree earlier this year announced it had secured some USD 2.5 million in funding from a group led by Korea Investment Partners and a VC branch of Japanese financial giant and Ripple partner SBI.