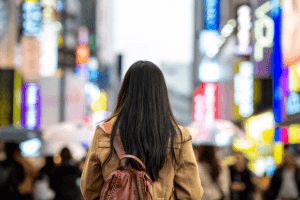 Countries with a large influx of Chinese tourists could be among the first outside the Middle Kingdom to accept the forthcoming digital yuan, claims a South Korean report – although it comes with warnings of “Big Brother’s” creeping influence over Chinese finance.

“In South Korea, tourist shops such as those in Seoul’s Myeongdong District, are used to taking payment using Alipay. But these same South Korean merchants may soon begin accepting digital yuan payments to cater to Chinese customers.”

Over 8 million Chinese tourists visited South Korea in 2016, although political tensions saw those figures drop in 2017, only to recover to around 6 million in 2019. Also per Yonhap, the coronavirus pandemic has hit South Korea for around USD 2 billion in tourism income losses – a figure that traders will hope to recoup fast when Chinese tourists return en masse.

And this could be yet another factor that may speed up the adoption of the digital yuan overseas, with cash-starved tourist-friendly businesses currently competing aggressively for the custom of a very small number of Chinese tourists.

The Yonhap report adds that Beijing is hopeful of winning larger-scale converts to the digital yuan – with cross-border trade hopes high.

“The digital RMB will probably be used for micro-payments in China at first, but is expected to expand its use worldwide after that. The digital yuan will likely be used widely – with ease – in many countries in Asia and Africa where economic exchange with China is currently active.”

As reported last week, an FT columnist in the United Kingdom expressed similar views, opining that “one can imagine that it would be easy to deploy throughout the orbit of China’s Belt and Road Initiative, as an attractive alternative for countries and businesses that want to trade with one another without having to use dollars to hedge exchange-rate risk.”

China’s Belt and Road infrastructure investment initiative has already seen it funnel money into the economies of some of Asia and Africa’s poorest countries.

However, the same report warns that the digital yuan could usher in an Orwellian scenario for its users in China.

The author claims that “Big Brother” could well take over and states,

“Even for micro-transactions, Chinese authorities will be able to instigate criminal proceedings and look into users’ transaction histories if they so much as suspect that a crime has been committed.”

However, the news agency quotes a senior People’s Bank of China chief as saying that “[the digital yuan] will strike a balance between personal privacy and crime prevention.”
___
Learn more:
China’s Digital Currency is Not About Total Surveillance – Official
China’s New Panopticoin