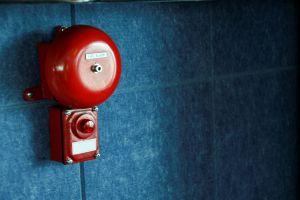 South Korean cryptocurrency industry chiefs, legal experts, politicians and more have been having their say on yesterday’s landmark vote in the National Assembly to introduce the nation’s first-ever package of crypto-specific legislation.

As previously reported, the National Assembly green-lighted an amendment to an existing finance act on March 5, incorporating FATF-recommended crypto guidelines, with a unanimous 182-0 vote in favor.

Per Chosun, Kim Sunga, the CEO of the Hanbitco exchange and the chair of the Korea Blockchain Association Exchange Committee, said,

“The legal status of cryptocurrency exchanges has been secured. The bill will play a big role in creating a cryptocurrency-powered financial industry.”

Oh Gap-soo, the head of the Korea Blockchain Association, said that the move would help create new jobs and drive the economy, strengthening the cryptocurrency market and the wider blockchain technology industry.

And a spokesperson for the Korea Fintech Industry Association said that the new law “will help not only develop the cryptocurrency and blockchain industries but also help foster the greater fintech industry in a safer environment.”

“[The bill] will contribute to the development of the South Korean economy in the long term.”

Chosun quotes one of the MPs who helped formulate the amendment, Kim Byung-wook, as stating that the “lack of a basic legal framework” had clearly hampered the industry, and claimed that the new amendment would boost industry while “ensuring transparency and safety.”

However, not everyone was keen to sing the amendment’s praises.

One unnamed crypto industry executive voiced concerns stating that the new rules, which will see the regulatory Financial Intelligence Unit (FIU) police the nation’s exchanges, could be “restrictive” and “inflexible.”

“Not everyone will be able to survive in this sort of regulatory landscape.”

Others have expressed their worries about a clause in the amendment that requires all crypto companies to abide by strict banking requirements, using special accounts verified with real names and social security numbers.

“It is excessive to impose real-name account requirements on all cryptocurrency businesses, especially if they are not trading [entinties].”

Koo added that the new law left little room for ambiguity, and it would be hard for cryptocurrency companies to argue their case even if they are not trading bodies.

Another cryptocurrency industry insider was even more pessimistic, opining,

“All I hope is that this new law doesn’t end up shrinking the cryptocurrency market even more.”