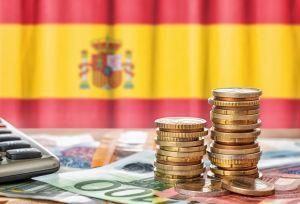 A Spanish tax agency says it intends to intensify its scrutiny of cryptocurrencies in 2020.

In an official communiqué released by the Agencia Estatal de Administración Tributaria (AEAT), the nation’s top tax authority, called monitoring cryptocurrencies “one of this year’s most demanding challenges.”

The agency underlined its intention to police the use of cryptocurrencies in the country, and reinforced its stance on bitcoin (BTC) and altcoins – namely that using them can pose significant fiscal risks.

The AEAT will intensify its monitoring efforts by gathering more information than ever on crypto operations that involve Spanish companies and citizens.

In the communiqué, the AEAT said that it would move to restrict Spain-based darknet users from “smuggling, drug trafficking and money laundering” efforts involving “illicit” cryptocurrency usage. (Per data from blockchain analytics provider Chainalysis, globally, over USD 600 million worth of bitcoin moved on darknet markets in Q4 of 2019.)

The agency wrote that cryptocurrencies were being used as a form of payment for “illegal goods,” and announced,

“We will promote initiatives that will strengthen our collaboration with service providers and e-commerce platforms.”

And the AEAT added that it would begin to run training programs to help its staff fight cryptocurrency-powered crime – so they can monitor and flag suspicious-looking crypto transactions.

The agency is set to cooperate with the nation’s Treasury Department, which last year stepped up its own crypto tax evasion-prevention by serving up some 1.5 thousand citizens with warnings about their taxable cryptocurrency earnings and trading profits.

Bitcoin Is “Screaming” For a Massive Surge: Factors That Will Send Price... US Presidential Hopeful Yang Calls for National Crypto Regulations
Scroll to top