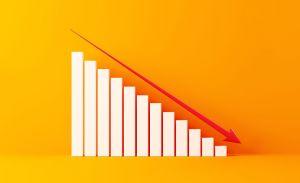 Tezos (XTZ), one of the best performing digital assets in 2019, is moving out and back into the list of the top 10 coins by market capitalization today after less than a month in this club.

In comparison, other major coins are in green today and in a week, while the total market capitalization is up by almost 2% in the past 24 hours.

With no specific fundamentals to support the decline, XTZ is likely correcting after last year’s rally, when its prices more than doubled. The coin traded at c. USD 0.47 at the beginning of 2019 and ended it at more than USD 1.3 per coin, outperforming Bitcoin (BTC), Ethereum (ETH) and many other major coins.

At the end of 2019, Tezos had multiple positive news to share with the market, including new staking opportunities at the major cryptocurrency exchanges such as Coinbase, Binance, OKex, and Kraken.

Meanwhile, this past Tuesday, the Tezos Foundation said they have exceeded their goal to bring 1,000 new developers into the Tezos ecosystem by training 1,300 developers.

‘Bitcoin Fixes This’: Société Générale Closes Accounts of Its... Proof of Bitcoin’s Birthday: The Power of an Individual Action in Cry...
Scroll to top