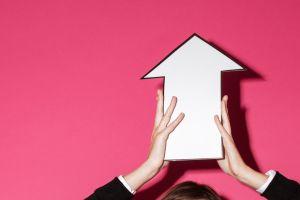 In preparation for its first mining reward halving in less than two days, the smallest of the three biggest bitcoins, bitcoin SV (BSV), has outperformed all the top 10 cryptos today and in the past week. 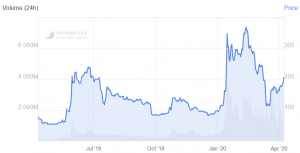 BCH experienced its first halving today, while Bitcoin is halving in May.

Though dropping from mid-January highs, BSV hashrate, or the computing power of the network, remains pretty unchanged since late March, and is lower compared to BCH’s hashrate, and minuscule compared to BTC’s hashrate. 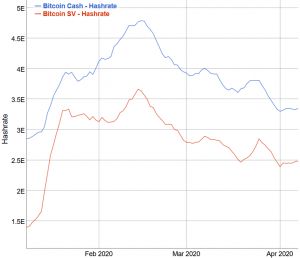 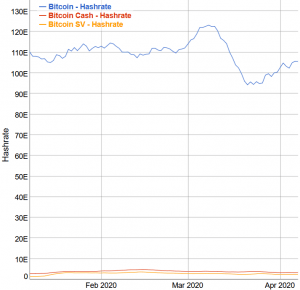 As previously discussed, crypto market analysis firm Coin Metrics stated that BSV and BCH halvings will increase miner-led selling pressure for BTC. As these precede BTC’s own halving, many miners will direct more hash power to Bitcoin in order to compensate lost revenues. This raised some concerns in BCH’s case, but certain analysts found that this might re-balance as BTC heads into its halving.
__

For other than ideological motives, why would miners mine #BSV and #BCH while they had their halvening and BTC didn’t for the next 33 days? Does it arrive at an equilibrium where the miners who leave for BTC give the miners who stay on BSV more possibility of finding new blocks?

Unknown miner holding up the #BSV ship (when profitable – compared to mining BTC). Will unknown miners still be around after BSV halving? Will communist BSV miners (mining for Vision) be able to turn a profit on their weather/twetch datachain? pic.twitter.com/icv3Dm5tXX

Tomorrow, #BCH will experience the halving.

And #BTC keeps going at 12.5 per block for another month.

Things could get interesting… pic.twitter.com/Bkp5iDnEsX