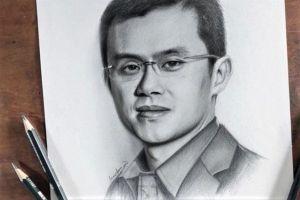 Initial Exchange Offering (IEO) are still very much a thing and will thrive in the future, said Changpeng Zhao, CEO of major crypto exchange Binance.

“I am still very confident in the IEO market,” Zhao said, speaking at the virtual BlockDown 2020 conference today. He went on to explain that this is the first time in history that we have a technology like blockchain allowing us to raise money globally for the projects we wish to support.

What we are now seeing are the usual cycles – sometimes there are months or years when it’s easy to raise money, which is then followed by a time when getting funds becomes very difficult, even in traditional markets, according to the CEO. However, blockchain fundraising is transforming the traditional game that for far too long saw various companies getting a lot of money then being bailed out by the governments in a crisis, causing a number of issues we see today.

Nonetheless, as we speak, said CZ, Binance is continuing with an IEO project on Binance Launchpad anyways. The exchange just announced a token sale of Cartesi (CTSI), a Layer 2 Linux infrastructure for the development and deployment of decentralized applications (dapps), set to start on April 21. Their announcement adds that eleven projects hosted token launches on Binance Launchpad in 2011, collectively reaching more than 100,000 users and raising over USD 56 million in funds.

“There are ways to survive, there’s still money floating around to some extent, we’re still doing an IEO, and I’m pretty confident we will be able to raise that money for the project” said the CEO, adding that blockchain fundraising projects and the amounts raised will continue to increase on the year-to-year basis over the next ten-twenty years.

There are industries that will survive the economic crisis, and cryptocurrencies and blockcahin are definitely among them, said the CEO. This year, despite the major financial and economic issues the world is facing, the exchange business is doing “quite well,” he added. Binance just recently acquired the biggest crypto market data provider Coinmarketcap.