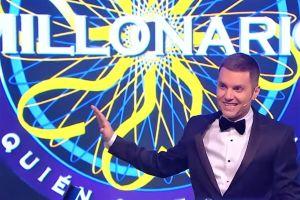 The Argentinian edition of TV game show Who Wants to Be a Millionaire. Source: a video screenshot, Youtube, Telefe