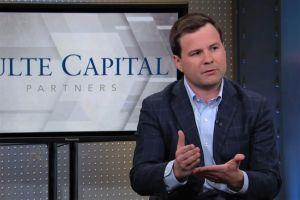 “I recently bought 11 bitcoins,” (USD 79,000) is a sentence many of us would so gladly utter and which Bill Pulte, a Detroit millionaire and grandson of the late founder of U.S. home construction and real estate development giant PulteGroup, shared with his 1.75 million followers on Twitter.

Given a nickname “Bitcoin Bill” in the comments by the lead vocalist and bassist for the band Of Mice & Men, the 31-year-old Pulte is also known for his philanthropy campaign via Twitter, describing himself on his profile as the “Inventor of Twitter Philanthropy.”

Many expressed their joy in the comments, both that he purchased BTC and promoted it to almost 2 million people (and let’s hope they won’t miss the message), but also that they too own some.

A number of people active in the crypto community have also commented on this post. For example, bitcoin rewards company Lolli writes: “stack those sats, Bill!” Furthermore, an interesting point was made by Tuur Demeester, founder of Bitcoin alpha hedge fund Adamant Capital, who said that less than 2 million people could own more than 10 BTC ever, given BTC’s supply cap, and now Pulte is one of them.

Meanwhile, many joined to ‘apocalyptically’ warn people that there are not enough BTC for all, and that it’s a good time to buy one before the price goes above USD 10,000. Some also warned of possible dangers that come with sharing BTC holdings with public. Many expressed their desire for some of that sweet BTC to be transferred to their wallets, and others promoted crypto charities.

The other side of the coin

The opportunity presented itself here to promote crypto to people who know nothing about it, but are asking what it and BTC are, expressing their wish to learn and maybe even invest.

Though the insiders, so to call them, could make crypto jokes with each other, which to us make perfect sense, to those who don’t really have experience with crypto, much of what was written sounded strange and incorrect. Some even attempted to make corrections – which turned into a perfect chance for some polite, lighthearted “re-correcting,” that way educating people in the ways of the crypto.

One person, for example, corrected the world “HODL,” learning that that’s indeed how the community writes it.

Oh I don’t hahaha. I saw he typed it like 3 times so I thought it was a typo 🤣🤣 had me laughing

Also, reacting to the above-mentioned Lolli post, user “Pierre” wrote that he thinks it’s “Stats” instead of sats, and user “KaBeeM” explained that it’s the smallest denominator of BTC. Though there were also corrections of the re-corrections…

Is it Sat and not Sats like satoshi not satoshis??

That said, Pulte’s post served as a nice opportunity to talk about crypto with those who’ve heard little or nothing about it.
__
Learn more: Former Giant YouTuber Michelle Phan is Now a Bitcoin Evangelist

SoftBank Boss Glad to Be out of Bitcoin, But His Firm Is Still in the Game
10 Superstar Traditional Investors Who Have Endorsed Bitcoin
'Rich Dad' Robert Kiyosaki To Reinvest Stimulus Money in Bitcoin, Gold, Silver
Has Ashton Kutcher Left XRP? Actually He's a Bitcoin Fan Since 2013
Trader Who Earned USD 11m Shares Trading Techniques, Offers Advice
Academic: All Undergrads Should Learn About Bitcoin & Blockchain
0 replies

Most Central of All Banks Releases 12 Design Elements For a Wholesale Token Cosmos Price Soars 12% in a Week, Second Best Performer in Top 20
Scroll to top