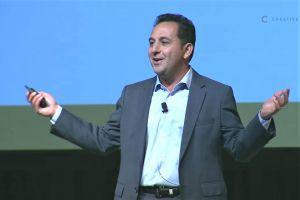 Despite a number of investors and asset managers urging people to buy “hard assets” like bitcoin (BTC) and gold as protection against central bank’s love for money printing in the wake of the COVID-19 crisis, one wealth manager advocates a contrarian approach, saying the best asset to invest in now is stocks of “traditionally stable companies.”

In an interview with CNBC, Peter Mallouk, President of wealth management firm Creative Planning, said that while many younger people are attracted to what he calls “speculative assets,” including cryptocurrencies, gold, and cannabis stocks, a bear market like the one we have now “puts everything on sale.”

The interview was published today, but recorded in mid-March, Peter Mallouk wrote on Twitter.

Since mid-March, stocks have partially recovered, but some investors warn that another crash might be coming.

The advice from Mallouk contradicts the advice given by other investors recently. Among them is Alex Mashinsky, venture capitalist and CEO of crypto lender Celsius Network, who just recently urged savers to own “much more gold, and much more bitcoin.” Similar advice has also been shared by people like legendary hedge fund manager Paul Tudor Jones, who recently revealed that he has allocated between 1% and 2% of his Tudor BVI fund to bitcoin futures.

In the interview, Mallouk said that he defines an asset as “speculative” if it “doesn’t produce income and bring it to you as an investor,” while repeatedly referring to gold, silver and bitcoin as speculative. Instead, he said, these types of assets are bought “on the idea that someone will pay more for them in the future,” while also being attractive because many young people view them as “sexier.”
___

Watch the interview with Peter Mallouk below:

Bitcoin and Altcoins Recovery Could Be Short-Lived Kleiman Lawyers: Craig Wright ‘Has Keys to Encrypted BTC 820,200 File’
Scroll to top