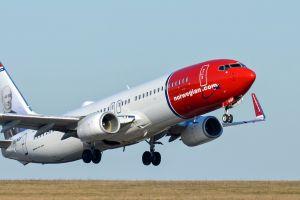 Norwegian, the low-cost air carrier headquartered in Oslo, Norway, is set to allow customers to pay for air tickets using cryptocurrency within the year and hopes it will help to improve results of the company, an interview with the CEO of crypto exchange Norwegian Block Exchange (NBX) suggests.

In the interview, published by local business newspaper DN, NBX boss Stig Kjos-Mathisen said that “everything is ready from our side,” with regards to the long-awaited implementation of ticket purchases with crypto.

Commenting on that, Norwegian Air’s communications director, Lasse Sandaker-Nielsen, was a bit more hesitant to offer specifics, saying only “we are working on a solution, but we don’t have anything concrete to report about a launch.”

Stig Kjos-Mathisen is a former head of manpower planning at Norwegian Air and the son-in-law of Norwegian’s founder Bjørn Kjos. Since Mr. Kjos stepped down as CEO of the airline last year, however, Norwegian has faced some financial difficulties and has sold off assets and slashed routes in an effort to save costs.

Now, it is hoped that the implementation of a crypto payment solution can help the airline further cut costs and improve its profitability. According to Kjos-Mathisen, one of the most interesting aspects of adopting crypto ticket purchases from the airline’s perspective is that it frees them from dealing with credit card companies that typically withhold payment from customers until the time of travel.

The NBX CEO further explained that airlines currently pay 1.5% – 2.5% of the ticket price as a fee to credit card companies and that this cost ultimately is carried by the consumer. Meanwhile, tickets are usually bought 30 to 60 days before a trip is made, but due to credit card companies withholding the payment until the time of departure, the airline is forced to arrange costly financing from other sources in the meantime.

“Both of these costs will disappear with the implementation of crypto payments,” Kjos-Mathisen said, while also expressing optimism on the potential for their payment solution to be used by far more merchants than just the airline.

“If this ends up being cheaper for merchants, and easier and faster for consumers, it can get big. It’s impossible to say how big, but we will be a serious actor who is early in the game,” the CEO said.

NBX currently supports trading in BTC/USDC, ETH/USDC, ETH/BTC, as well as fiat trading in bitcoin/Norwegian kroner, and is regulated by the Norwegian Financial Supervisory Authority. The exchange last year received its first major outside investment from local savings bank Sparebanken Øst, which said in a statement that they had acquired a 16.3% stake in NBX for some USD 1.6 million (NOK 15 million).