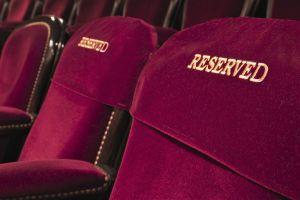 The venture studio focused on incubating and accelerating early-stage blockchain startups was founded by Alon Goren and Josef Holm, who in 2019 partnered with billionaire venture capital investor and bitcoin enthusiast Tim Draper. The company announced that their annual LA Blockchain Summit will not be held at the Los Angeles Convention Center any more – it will enter cyberspace, says the press release. They decided to make this move due to coronavirus pandemic.

Two events will be held to commemorate the summit going virtual, says Draper Goren Holm: the limited-time promotion with social trading and investment platform eToro will be extended for US residents to get USD 299 tickets to the virtual conference, and USD 100 in bitcoin will be given to the first 10,000 “qualifying attendees.” In order to qualify three steps must be followed: open a new eToro account, buy at least USD 50 of a crypto, and attend the conference.

The venture studio’s core belief, the announcement says, is that “the best way to stimulate mass adoption [of BTC] is by owning a piece of the crop,” with Operations Manager Adam Levy adding that “there’s no better way to learn more about the industry than by having some skin in the game.” Draper commented that this is “the largest bitcoin giveaway in history” that will “provide so many people with the opportunity to discover the power behind cryptocurrencies and blockchain technology.”

“There is no better time to learn more about crypto and blockchain than right now,” Goren is quoted by Bloomberg as saying.“Everyone at this point has probably heard about Bitcoin, but 99% of people have not used it or had any of it. We want to bring in the mainstream.”