Venture capitalist Tim Draper has come out to say that Bitcoin will reach $250k by early 2023. His comments bring hopium at a time when investors are still smarting from what has been a testing period, these past few weeks.

Investors breathed a collective sigh of relief as Bitcoin managed to reverse the sliding trend. Currently, Bitcoin is trading at just above the critical $7k mark, having peaked at around $7.3k, before sellers showed up to drop the price.

The reversal has had the effect of injecting a sense of optimism in what was becoming a fearful market. Today, the Crypto Fear & Greed Index is still in extreme fear, with a reading of 21. But this is a marked improvement over yesterday’s sentiment. 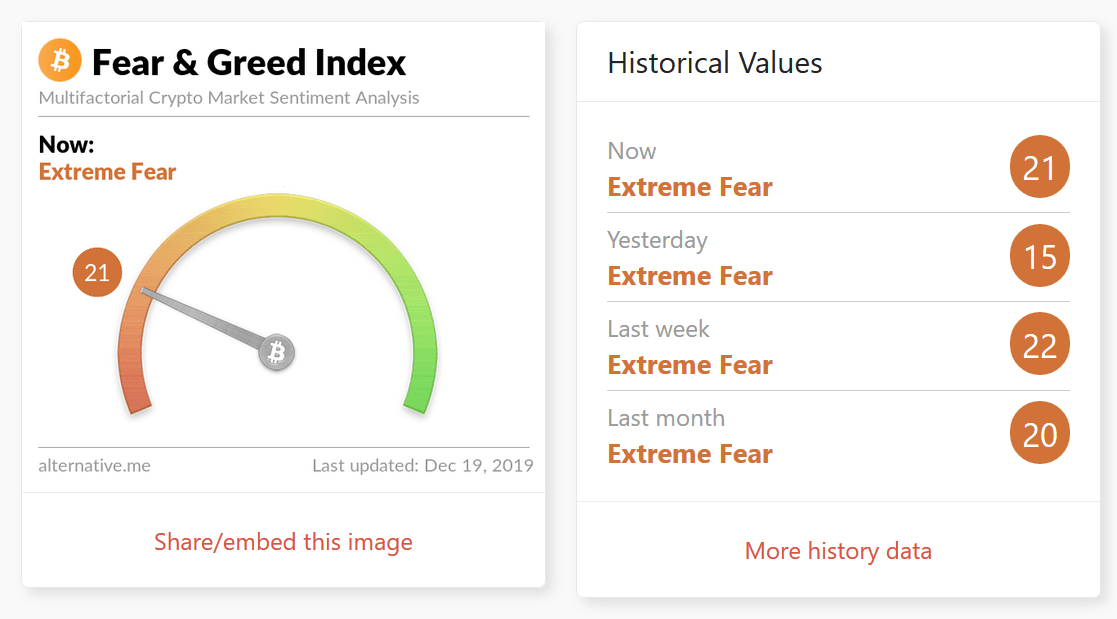 The question is, has Bitcoin bottomed out? Or can we expect further drops below $6.6k? Tim Enneking, MD at Digital Capital Management, believes that a further slide in on the cards, citing a dominant descending trend and weak volume to justify his conclusion.

“It’s quite clear that BTC has not put in a bottom yet. The price has been in a descending corridor since the crazy 42% increase in late October. The prior low, around $6.6k, is almost certainly not going to hold (i.e., no double bottom) as the market is very weak in terms of recovery from that level and volume.”

Enneking goes on to say that he believes the bottom will likely be at $6k, or just below that figure. In other words, Enneking speculates that we were already close to the bottom at $6.6k.

However, according to analyst “CryptoBirb,” the Bitcoin bottom already came in with Tuesday’s drop to $6.6k. Indeed, according to the cycle peaks and troughs on his chart, the outlook for Bitcoin is exceptionally bullish, with the expectation of a parabolic rise to $36k by late Spring. Coincidentally, when the halvening occurs.

Will The Halvening Trigger A $250k Price Spike?

On that note, Bitcoin bull, Tim Draper, shares an equally bullish sentiment, going as far as to say that Bitcoin will reach $250k six months to a year after the halvening.

The halvening is set to occur 147 days from now, on May 14th, 2020. And as block mining rewards halve, from 12.5 to 6.25 Bitcoins on that date, some believe the deflationary aspect of that, coupled with consistent demand, will lead to a price rise.

Draper explains that the spike to $250k will be driven by rising customer adoption of Bitcoin. While at the same time, implying that this is an inevitable reaction to a growing awareness of the banking cartels, and how they operate.

The post Why This Billionaire Says Bitcoin Will Surge To $250k After The Halving By 2023 appeared first on NewsBTC.