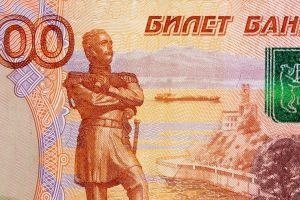 Financial experts and crypto exchanges say they are confident that as Russia comes out of lockdown, crypto trading and investment will continue to grow. But others warn that some locked-down crypto first-timers will exit the market – although they may not be missed.

As previously reported, Russian exchanges and crypto sites reported a large uptick in traffic and trading volumes in March and April this year, as the coronavirus pandemic left the nation one of the worst-hit on the planet – with much of the nation forced to stay at home.

But as Moscow’s mayor has recently announced a range of measures that will effectively see much of the capital’s economy reopen, media outlet RBC reports that some are asking if the end of lockdown will drive Russians away from bitcoin (BTC) and back to conventional finance.

The media outlet quotes the EXMO exchange’s head of development Maria Stankevich as stating that lockdown coincided with an increase in new customers and traffic. She said that as the economy gets going again, there are likely to be positive knock-on effects for both the traditional finance and the crypto markets.

Alexei Kiriyenko, managing partner at financial brokerage Exante agreed that the end of lockdown spells good news for most. He stated that investors of all stripes are hoping for a “Nike logo”-shaped recovery, so will likely pour their money into what many still see as potentially high-risk assets – including cryptoassets.

He also added that many first-time investors were fortunate enough to enter the market in March when bitcoin prices briefly tumbled below the USD 4,000 mark. He noted,

“Data from Grayscale, an exchange-traded fund investing in bitcoin, and XBT shows that there is a steady flow of assets [coming into crypto markets]. The next stage of the growth in major cryptocurrencies is likely to take place in autumn.”

Others were not so optimistic.

BestChange senior analyst Nikita Zuborev stated that there was a minor increase in first-time investors in spring, many of which will leave. But, he noted, their entry in the market was largely “insignificant” – and their exits will be equally underwhelming.

Dmitry Volkov, technical director at crypto exchange CEX.IO, meanwhile, opined that inflationary intervention measures in the United States, as well as a rise in government handouts and benefits, would likely lead to “an influx of capital to the cryptocurrency market.”

Ethereum (ETH) May Be Forecasting 50% Drop Against Dominant BTC Derivatives Data Shows That Even After 150% Rally, Bitcoin Is Far From Topping...
Scroll to top