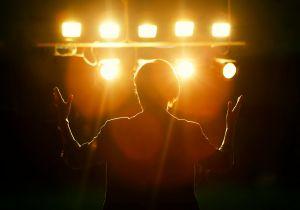 Looking into the new decade, it seems that token sales might decline in importance for crypto projects and that in their place traditional investment and venture capital will become more significant.

“We have already seen a shift in the space from initial coin offerings (ICOs) and token sales to equity,” Carlos Domingo, the co-founder and CEO of Securitize, a security token platform, tells Cryptonews.com. “Venture capitalists (VCs) want to have direct ownership of companies in addition to certain rights, and the ICO model doesn’t provide this. This is why we’ve seen traditional VC investment growing as the ICOs fade away.”

However, this transition probably won’t happen immediately. “We do not expect such large investments (about USD 10 billion) in 2020 through venture funds in the area of ​​startup blockchain,” ICObench’s spokesperson says.

Still, there has been a steady increase in venture capital investment in blockchain- and crypto-related start-ups over the past few years. In the first three quarters of 2018, almost USD 4 billion of venture capital was pumped into the crypto ecosystem across 384 separate deals, compared to only USD 1 billion in 2017.

Meanwhile, 2019 saw both token sales and venture capital funding taking a hit, with VC investment in crypto and blockchain amounting to USD 822 million by the middle of the year.

Still, as token sales decline or stabilize at a modest level, and as the crypto ecosystem matures, traditional venture capital is likely to grow in importance, particularly as companies increasingly produce minimum viable products. According to a study from Crypto Fund Research, the total assets under management of crypto funds (including venture funds) has risen consistently to USD 19 billion as of October. 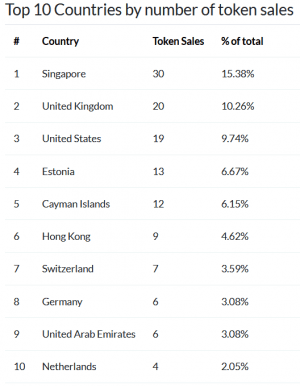 In 2020, industry players predict that after witnessing a decline in 2019 compared to previous years, there might be a certain degree of stabilization this year.

Also, ICO-rating platform ICObench estimates that the quality of projects will continue increasing this year while initial exchange offerings (IEOs) will increase their share in the market. The platform forecasts that projects will raise “several billion dollars” this year, according to the spokesperson.

Meanwhile, security token offerings could also continue to grow in 2020.

“Security tokens solutions are increasingly being developed by many of the world’s biggest financial institutions, such as the recently announced consortium led by Mitsubishi UFJ Financial Group,” says Carlos Domingo. “As technology delivers on greater efficiencies and lower costs for major transactions, we expect to see widespread adoption amongst the world’s global banks.”

In either case, one thing that’s for certain is that, even if token sales will never regain the heights of 2017/2018, the market will be increasingly regulated as the decade progresses. Authorities such as the Ontario Securities Commission and the German Financial Market Supervisory Authority have been increasingly licensing token sales and token sale platforms last year, and if nothing else, this will reduce the risk that investors place their money with dodgy or low-quality sales.
___
Learn more: Kenyan Crypto Entrepreneurs Urge CMA to Create Regulatory Framework, Not Demons

How Bitcoin’s Recent Downtrend Could Have Tripled Your BTC Stack $75,000: Bitcoin’s Price is Set to Climb Exponentially If This Fractal Plays...
Scroll to top